Jassen Todorov – violin and Ng Chong Lim STM – piano will play a concert dedicated to the violin sonatas by J. Brahms. They will play all three sonatas in their entirety. Do not miss this special musical event at the St. Sophia church in Ohrid on the 20th June 2018 at 21:00 h. 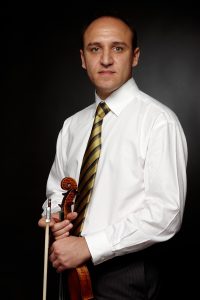 Jassen Todorov has distinguished himself as one of the most prominent violinists of his generation. Dubbed “an outstanding violinist… a player to watch” by the British music journal The Strad, Mr. Todorov has performed throughout Europe, Australia, Asia, South American and North America, including recitals at Carnegie’s Weill Hall in New York, Concertgebouw in Amsterdam and Melba Hall in Melbourne.

With a repertoire including works from all styles and epochs, Mr. Todorov has recorded the complete sonatas of Bach, Brahms and Ysaye, as well as Beethoven’s Sonatas Nos. 6 and 10. The Strad described him as “a violinist of rare technical ability…he brings musicality to his performances…his left hand is able to deliver Ysaye’s demands in the many mercurial passages with commendable accuracy” and the American Record Guide portrayed it as “high praise…an important release for admirers of Ysaye’s music.”

A top prize winner of national and international competitions, he earned his bachelor’s degree from Harid Conservatory, Florida, and his master’s degree from the Eastman School of Music in Rochester, New York. From 2000 to 2003, he served as the teaching assistant to Professor Oleh Krysa at the Eastman School and held a violin position at the University of Rochester. Mr. Todorov is the recipient of prestigious awards including the Eastman award for excellence in teaching and the Crystal Lyre for achievements in music. Currently, Mr. Todorov is a Professor of Violin at San Francisco State University and Visiting Professor of Violin at Xinjiang Arts University, China.

An award-winning photographer and an active pilot, he holds a Commercial Pilot’s License and Flight Instructor Certificate. Visit Mr. Todorov on the web at www.jassentodorov.com. 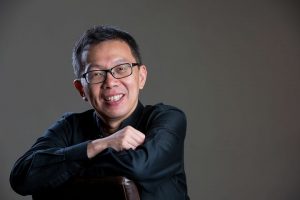 For his great contribution to the Malaysian music scene, Chong Lim was awarded STM (Pingat Setiawan Tuanku Mukhriz – Associate-Order of Loyalty to Tuanku Mukhriz) by the Yamtuan Besar of Negeri Sembilan, Malaysia in 2011.

Dear competitors, We are happy to announce the rules and regulations of the 2023 International competition for young musicians “Ohrid pearls”. You can find all the details here. Good luck and a Happy New Year.